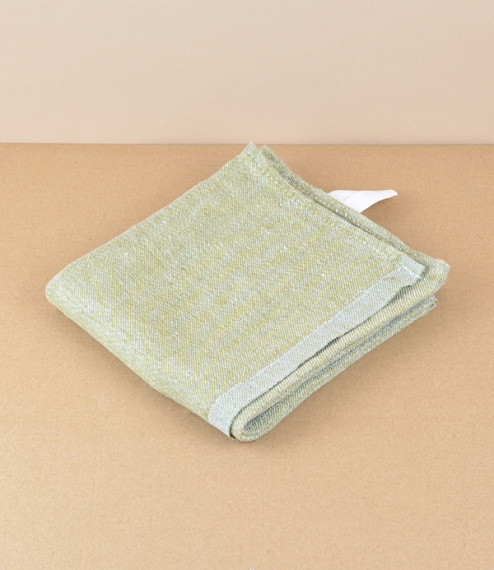 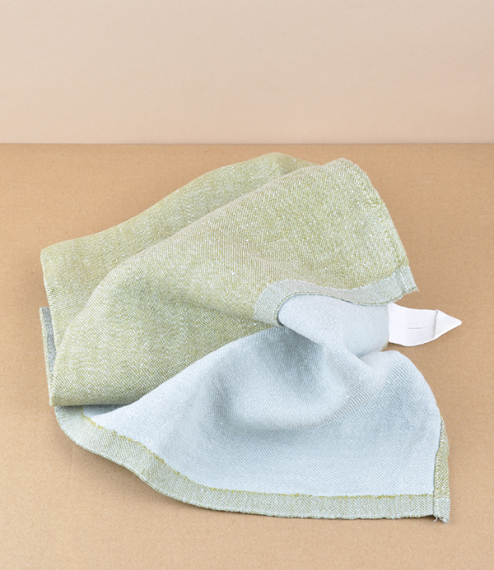 Double sided, weighty, 100% washed linen kitchen towels, with a cotton hanging loop. Woven by the master weavers at Lapuan Kankurit, in the Ostrobothnian district of western Finland. This fourth-generation weaving family has been creating its beautiful linen fabrics for over 45 years. Set up initially by husband and wife Juha and Liisa Hjelt, and now run by Their son Esko and his wife Jaana, the weavers are devoted to their craft, weaving nothing but the absolute best quality, with uncompromising workmanship, using only natural raw materials, such as linen and wool. All their linen is grown in Central Europe using as they describe it only earth and rainwater. 48cm x 70cm, olive/grey. One supplied.