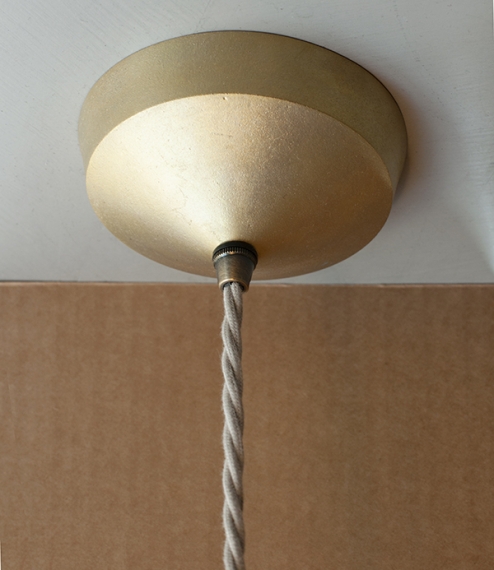 A range of i-hada and kuro-mura sand-cast brass pendent lamps from Japan. The i-hada castings are left 'in their skin', meaning their raw cast surface has been deliberately untouched and any accidental texture or discolouration drawn from the sand into which the molten brass was poured retained. This was originally left as a kind of testament to the the foundry's skill and index of the castings unadulterated state. Kuro-mura is a finish traditional associated with Buddhist statuary and altar pieces, produced by wiped layers of natural if difficult to use urushi lacquer which both protects and blackens the brass producing a rich deep finish that slowly deepens and darkens with time.
The interiors of the myojo (faceted lamps) are left i-hada in both cases, whilst the cone and hemisphere lamps have interiors that are either polished, or else hammered giving a bright and tightly faceted appearance.
The Futagami range of cast brass homeware and fittings arose out of a collaboration between designer Oji Masanori and the brass foundry '二上' of Takaoka City, Toyama Prefecture. Founded in 1897 the foundry historically produced religious items, especially statuary and altar parts, which until fairly recently were commonly found in many Japanese homes. In recent years however, perhaps as the influence of religion has diminished, demand for such items has steadily decreased, ultimately threatening the very existence of the foundry itself. In order to stave off what might otherwise be an inevitable decline, Oji Masanori together with the foundry artisans devised an initially modest range of homewares in the hope of retaining skills and traditions passed down through generations, and which they were not yet prepared to lose. The idea being that these would utilise precisely the same methods and techniques - the heritage craft - that had been used throughout the foundry's history, allowing them to retain their traditional market whilst diversifying into the modern world. It seems so far at least to have worked, the foundry itself is thriving, and the Futagami range has steadily increased - now including cutlery and light fittings, as well as newer range of door furniture and hardware.
All lamps are supplied with a ceiling cup, designed for fitting over connecting roses, bayonet bulb-holder, and 50cm of cable. Diameter of shade about 156mm, height 90mm.
All electrical installation should only be undertaken by a suitably qualified individual.

This is a special order item with an expected lead time of between 8 and 12 weeks. 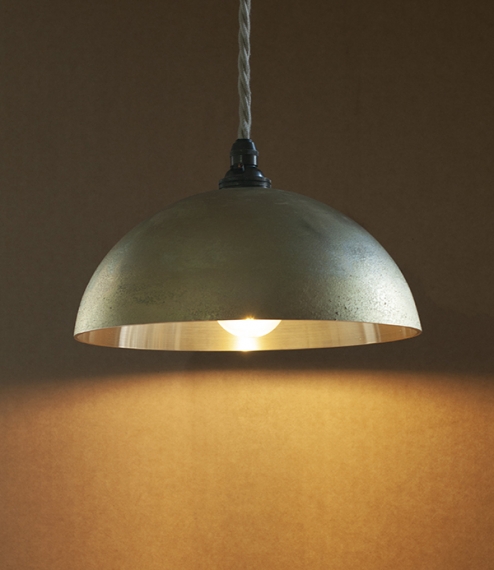