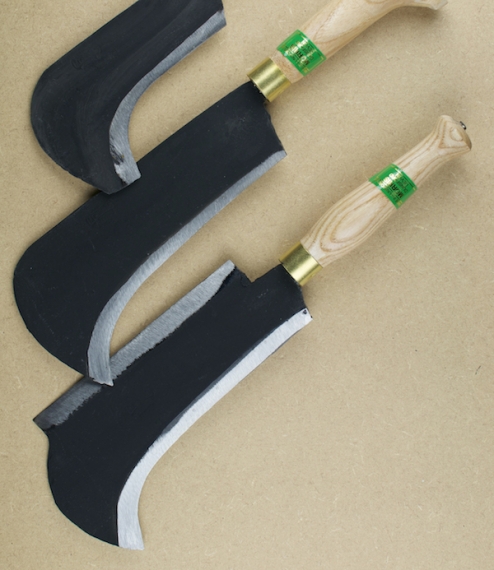 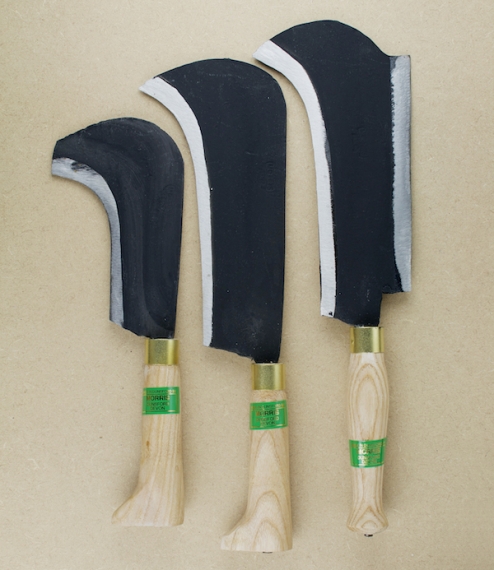 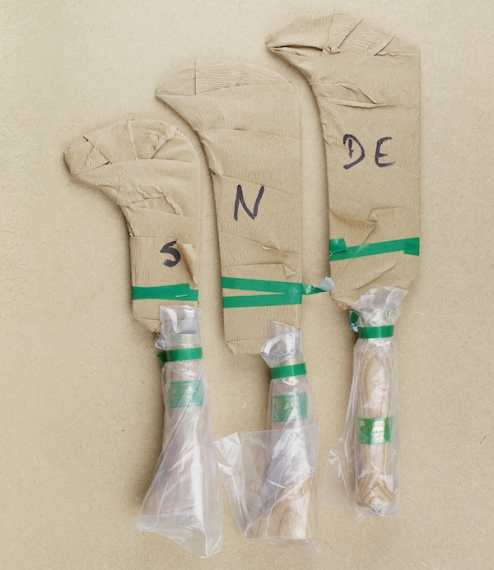 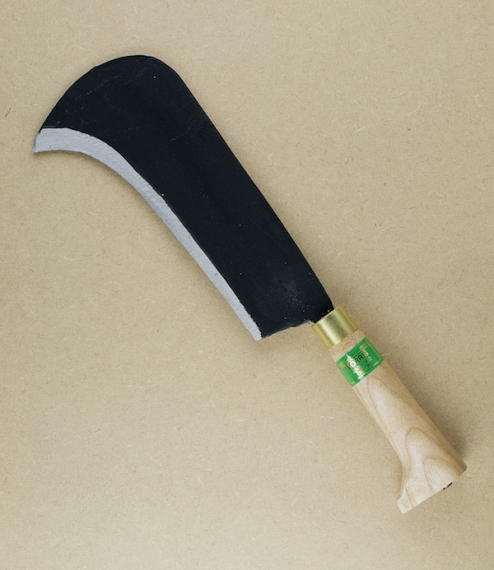 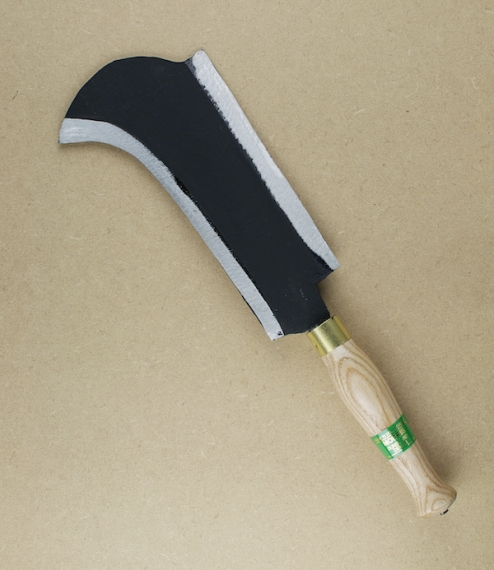 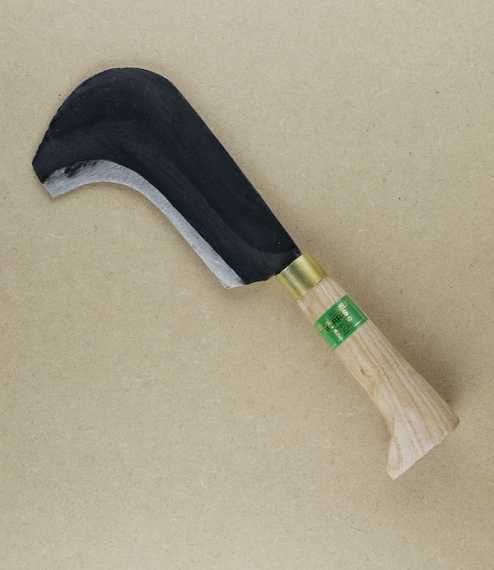 Except perhaps by aficionados the billhook is today amongst the most undervalued of gardener’s or woodsman’s tools, seldom if ever found amongst the offerings of garden centres, tool shops, or DIY superstores. It is possible they believe them too specialist, or the market too narrow; yet this very superficial extinction belies their very evident usefulness, a utility that becomes ever more apparent through use and familiarity, and extends far beyond their typically accepted purpose. They can be understood as a marriage of slasher and hatchet, used for hedging, coppicing, brush clearing, but are also ideal when camping - for rough shaping timber and splitting firewood against the ground. All our billhooks are plated, planished, and ground by Morris & Sons of Dunsford, a Devon village on the very edge of Dartmoor, and home to their once water powered forge and workshop that has produced similar edge tools since the 1820s. Traditionally left slightly unfinished, to be shaped and honed to suit the users needs. All have full tanged ash handles.
The Devon pattern - is a well weighted general purpose coppicing, trimming, and splitting hook with a flattened tip designed to prevent accidental damage to the edge when working close to the ground (a feature shared with many Japanese tools of similar use) and a deep notch at the base of the blade traditionally used to attach a strap and secure the tool to the wrist. Blade length about 22cm.
The Newtown pattern - is straighter bladed than the Devon and less obviously weighted towards the tip, it is perhaps the quintessential single bladed billhook style and ideal for use coppicing, hedge laying, trimming, and cleaving. Blade length about 22cm.
The double edge - is similar to the classic Westmorland pattern having an almost full length straight blade on the reverse of the hook and a symmetric cylindrical handle. To be used comfortably either way as billhook or stick chopper making a very versatile tool for splitting, coppicing, cleaving, hedge laying, and stake cutting - both hook and hatchet. Blade length about 22cm.
The spar hook - is a smaller hook traditionally used to harvest and form the hazel spars that hold thatch to a roof, but also suits those with smaller hands, or more comfortable with a less weighted tool when cutting and trimming lighter growth or splitting kindling. Like the Devon it has a flat-ground nose to prevent damage from unexpected strikes of hard surfaces. Blade length about 16cm.

Orders including any bladed items will incur an additional £2.88 courier age verification charge and legally require delivery to persons aged 18 and over.
We're sorry all options are currently out of stock, email us here and we'll let you know when we have more. 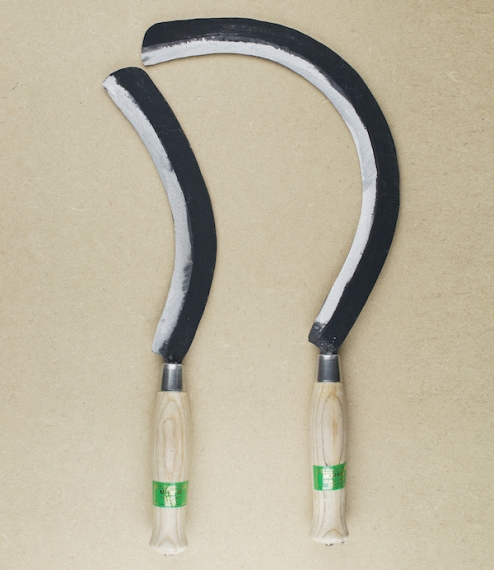