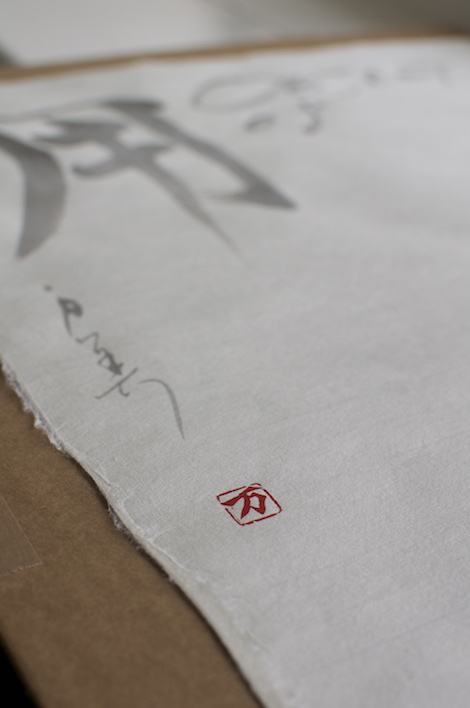 On the evening of Monday 9th February 2015 in our Oxford store we were very pleased to play host to a Wazuka tea tasting with Chayou Tea and Etsuyo Okajima alongside a suzuri (ink-stone) and Japanese calligraphy demonstration by the wonderful Mami Harada. 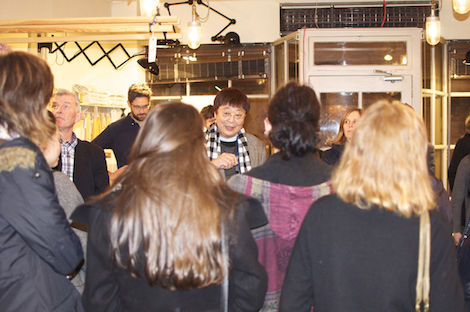 Mr Teruo Kurosaki whose brainchild this event was, addresses the room explaining a little of the history of the Wazuka tea garden and suzuri stones of Ogatsu, as well as his interest in the preservation and development of traditional crafts industries both in Japan and worldwide - an idea also close to our own hearts. 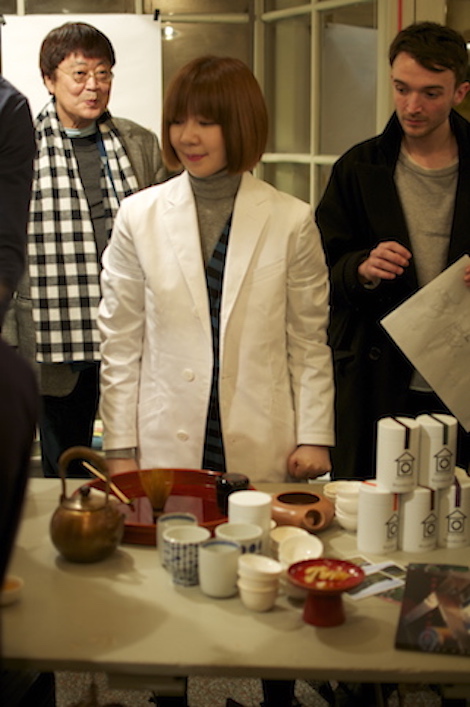 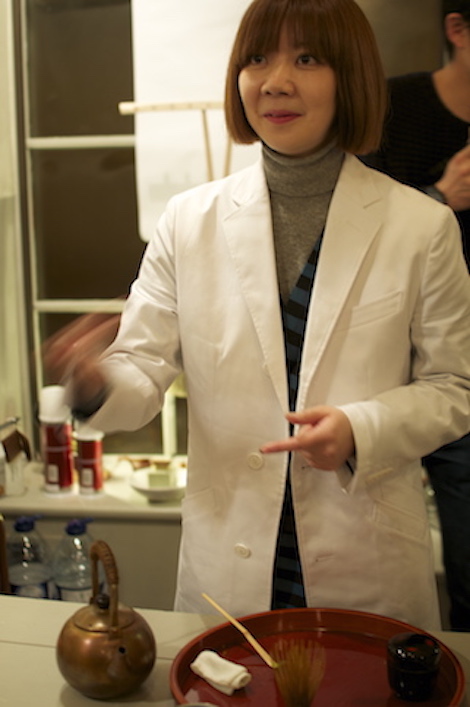 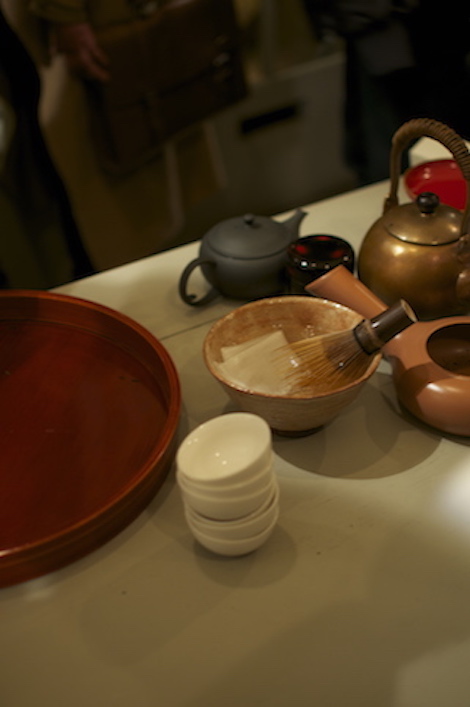 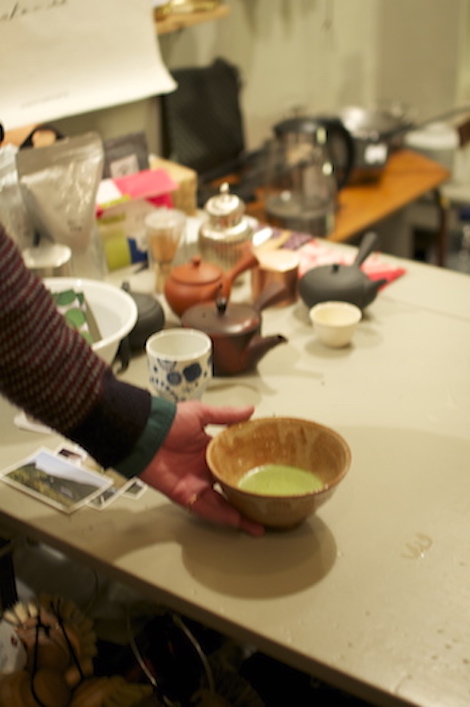 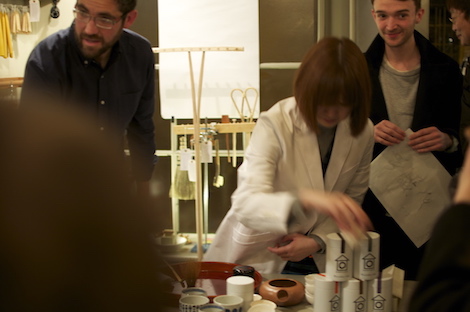 We were lucky to have Etsuyo Okajima from Wazuka, and James Thirlwall of Chayou Tea as our resident experts for the night sharing their knowledge of the variety, history, and proper brewing of all the Wazuka teas, many of which we were fortunate enough to taste for ourselves. 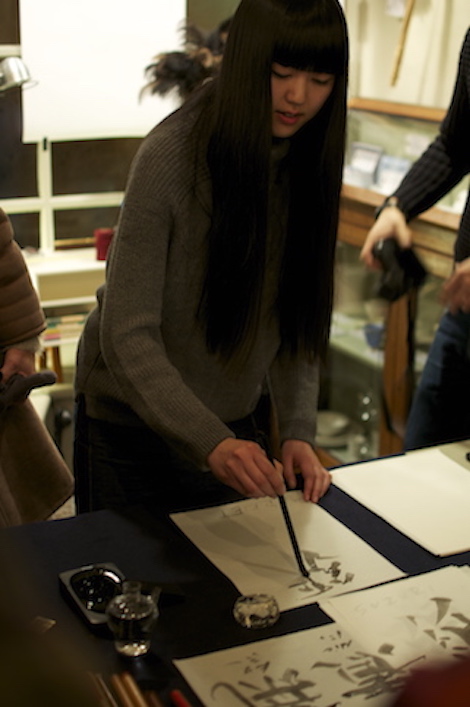 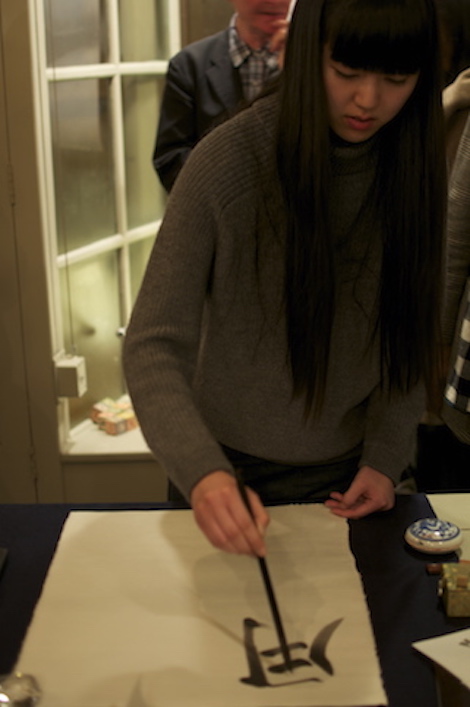 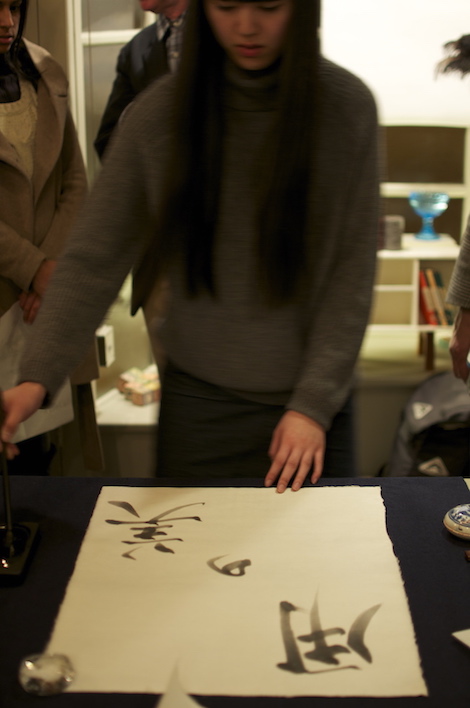 Whilst we enjoyed the delicious tea Mami Harada gave a demonstration of the use both of suzuri and of shodo - the art of Japanese calligraphy. It was remarkable to see, practised, precise, elegant, and focussed - and all the more so for the noise and bustle of the room, and I'm sure many left the night with a newly treasured piece of the calligrapher's art. 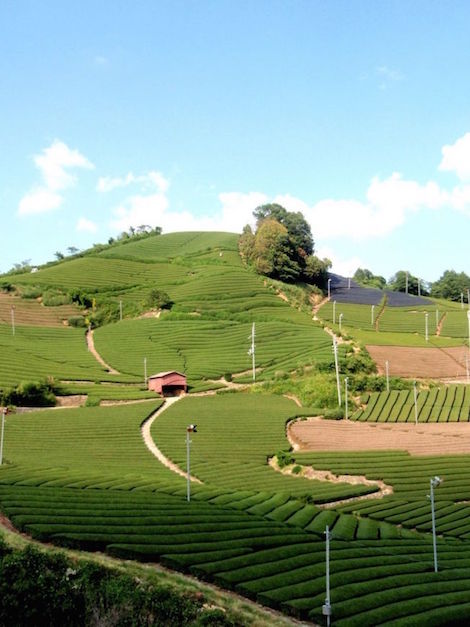 Wazuka is a small town to the south of Kyoto which for over 800 years has been known for its production extraordinary teas. The terrain is generally mountainous, meaning cultivation and harvesting still of necessity takes place by hand and many of the 300 farms remain in the care of families who have tended their slopes for generations. 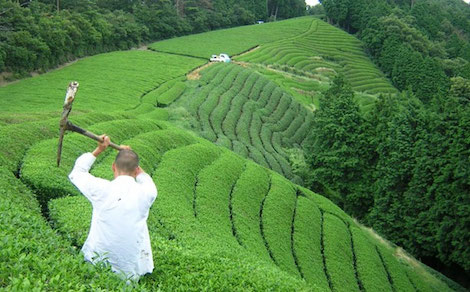 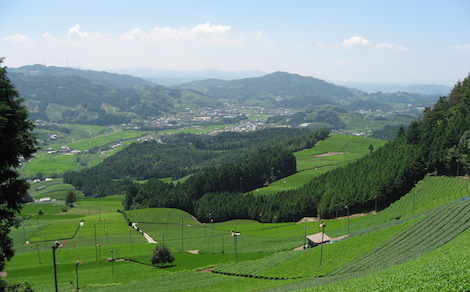 Particularly known for the production of Uji-cha thought one of Japan’s finest Matcha, the growers of Wazuka also produce Sencha, Hoji-cha, Kyoban-cha, Oolong-cha, and Genmai-cha - all said to confer equally the wisdom of Wazuka tea. 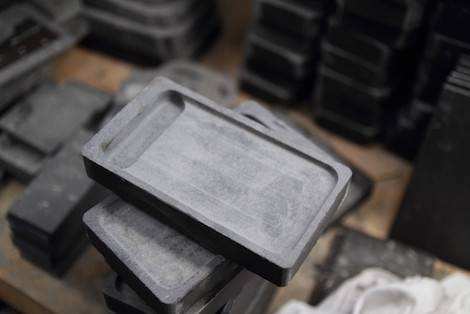 Amidst shallow valleys near the coastal town of Ogatsu in Miyagi Prefecture a little north of Tokyo, there stands a protrusion of dark, smooth, fine, even grained slate. Called Ogatsu stone for centuries it was the material favoured throughout Japan for the production of Suzuri - what we might call ink-stones - stones traditionally used for the grinding of inksticks into ink for the purpose of shodō, the art of calligraphy, the traditional brush writing of Japanese text. 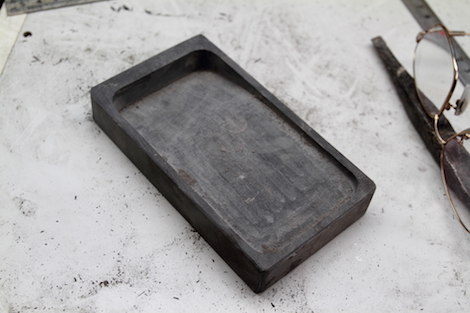 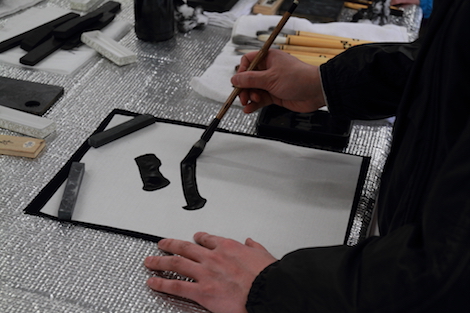 It is believed that Ogatsu once accounted for 90% of all production of suzuri, and until as recently as the late 80s their sight was a common one throughout the classrooms of Japan. Slowly though the schools shifted to the use of pre-mixed liquid inks, and the once flourishing industry began gradually to disappear before being dealt a shattering blow by the tsunami of March 2011. 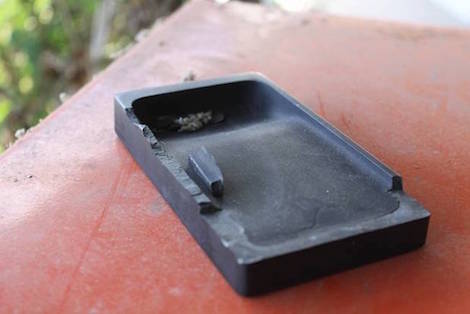 Today just one craftsman - Mr Ichio Endo - remains hand cutting suzuri as he has for decades, and the machines in the quarries quietly rust having been left inaccessible by debris left in the wake of the sea. So it was that seven young designers were invited to work with Mr Ichio Endo in the hope that the Ogatsu inkstone might be reborn, that work might return again to the quarries, and demand again justify the taking of apprentices before these skills that have passed through generations are lost forever.

硯職人の仕事・遠藤市雄 from suzuri ogatsu on Vimeo.

険しい山の先に・木村満 from suzuri ogatsu on Vimeo.

It has been said that before touching brush to paper, before writing, the act of grinding ink upon suzuri helps calm the heart properly tempering the mind for the act of calligraphy; equally some consider the still contemplation of such a work of shodō essential preparation for the tea ceremony. 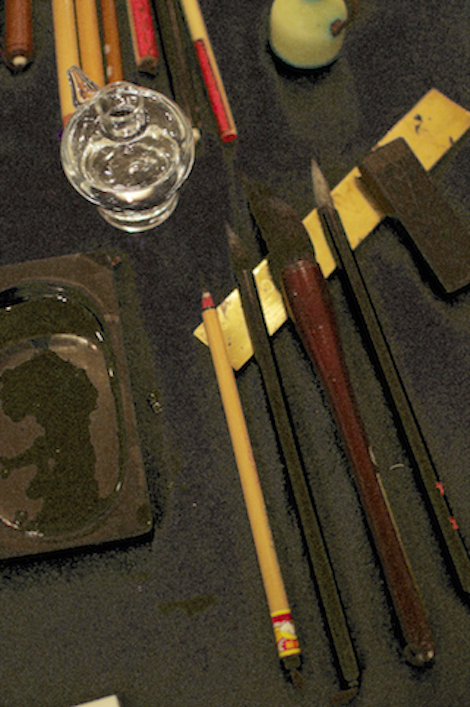 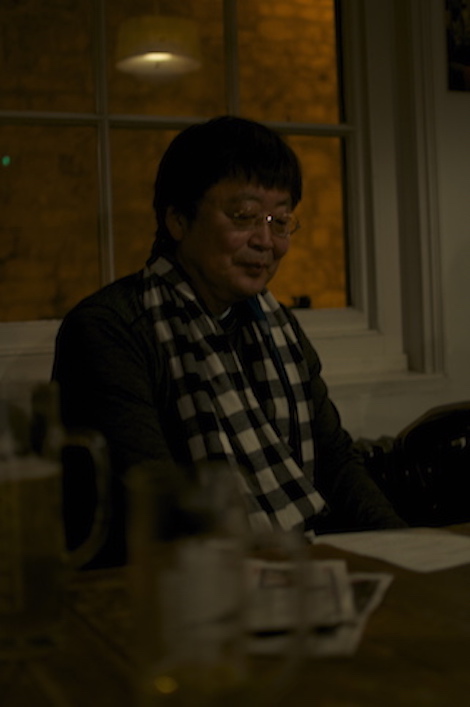 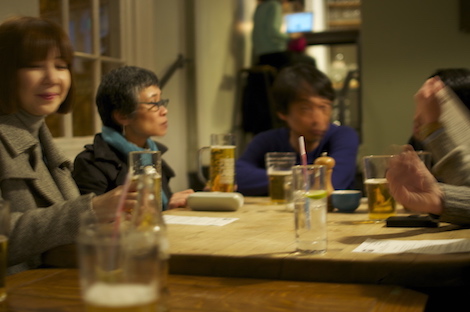 So thank you to everyone for coming, and most especially to Mr Kurosaki, and Mr Toomey, who dreamt up and helped organise this fascinating evening.