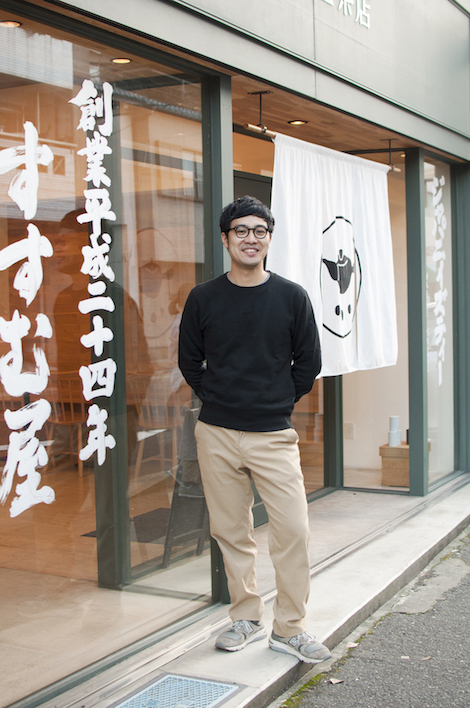 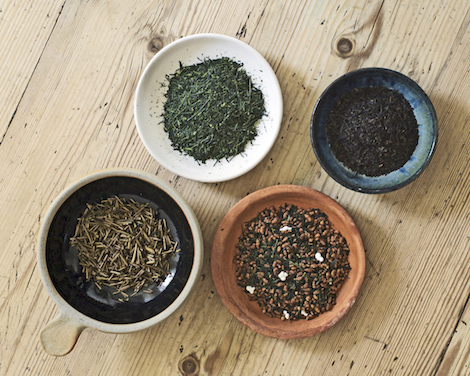 Green tea is a mainstay of every Japanese family's day. Taku-san, our guide during our recent trip to Japan, described how it is the first thing to pass the lips of his children in the morning, and it is drunk, hot and cold, throughout the day. In Kagoshima city, we went to visit the wonderful Susumu Chaya, or Susumu-ya Japanese Tea House, where Koutaruu Shinpara offers a collection of teas, all of which are grown in the local area, before being picked and steamed or roasted, and painstakingly served up in this relaxed and airy space. 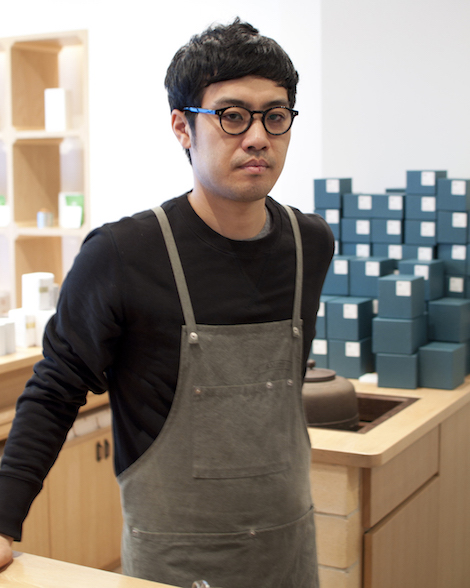 Kagoshima is the capital of Japan's second-largest tea growing region. Driving around the countryside surrounding Kagoshima City, the neat and tidy, carefully tended rows of tea plants growing on every open surface, on plains and terraces all over Kyushu are instantly recognisable. 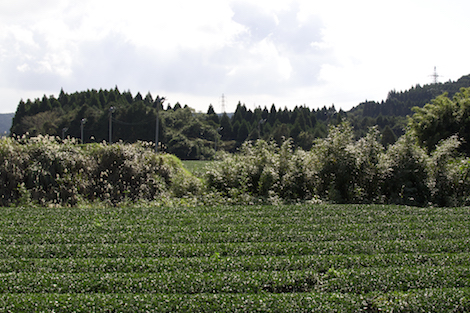 All of the tea served at Susumu-ya is from the Kagoshima region, most of it is sencha, and you order by variety. It is possible to buy single-estate green teas, as well as blended. Steamed Sencha sits alongside roasted stems, and teas with added brown rice and even popcorn. 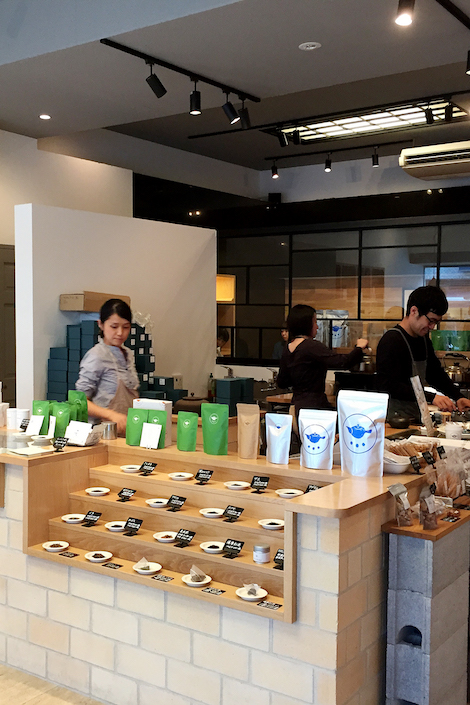 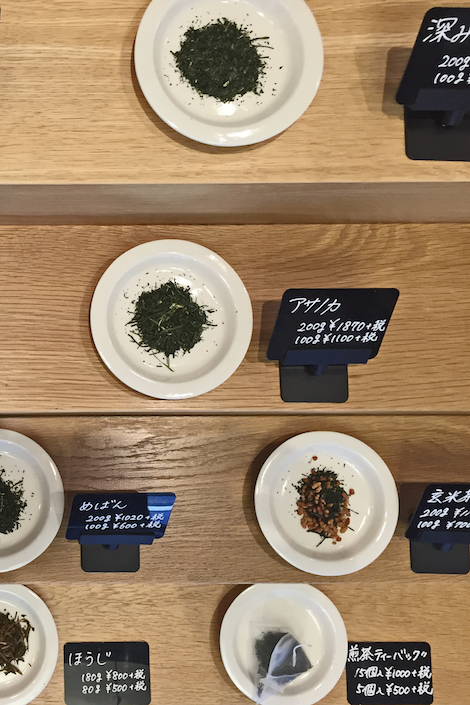 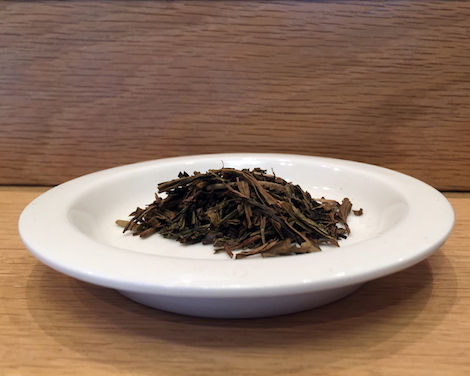 The business of brewing is taken very seriously, with small hand-held teapots and timers used to ensure a perfect brew every time. Temperature is an important aspect, with each tea brewing at optimum temperature (generally between 65 and 100 degrees, depending on the type of tea. We tried a wonderfully green Sencha, Susumu-ya's most popular brew, which had a strong, bright grassy flavour and supple, glossy feel. A wholesome and refreshing experience. 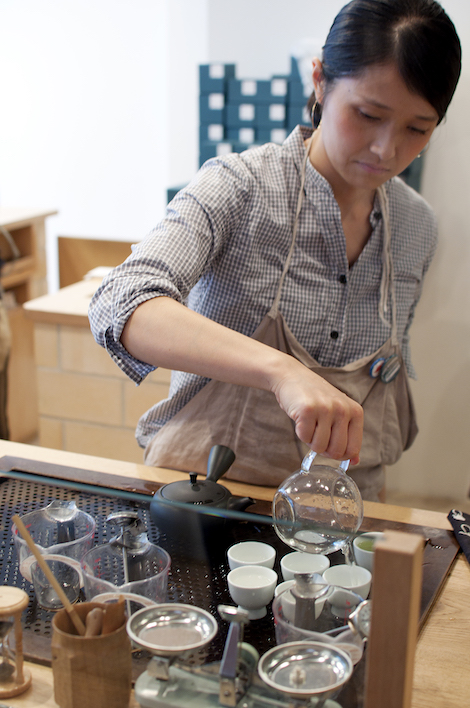 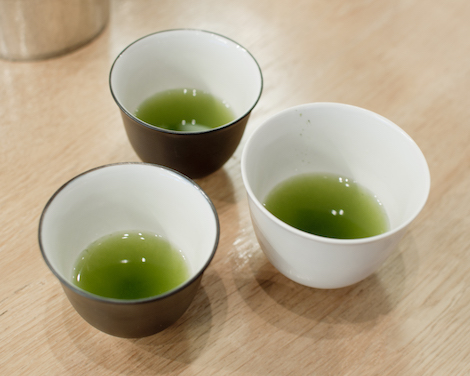 Susumu-ya is housed in a space previously run as a cafe by Koutaruu-san's grandfather, with a rustic stone wall, which was previously the basis of a water-feature, left in situ as a memento. Elsewhere, a modern, natural aesthetic prevails, and beautiful whitewash calligraphy adorns the store window… 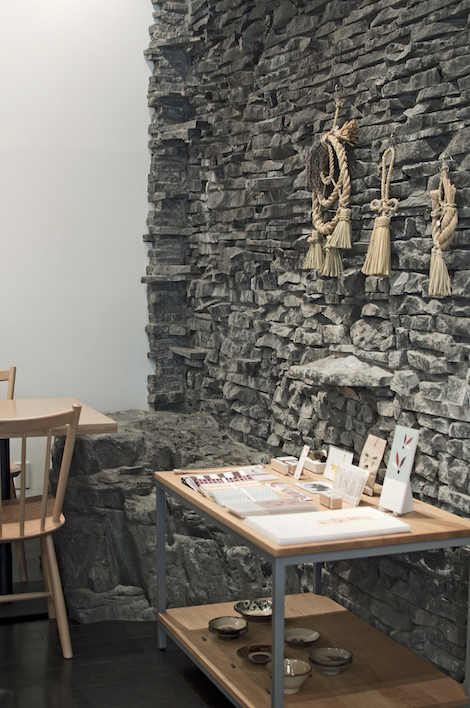 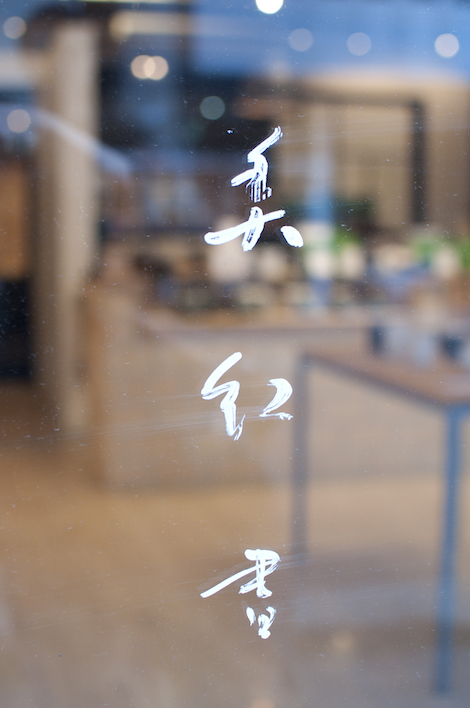 Koutaruu Shinpara is leading a renaissance in Japanese tea, with a focus on quality, provenance, attention to detail and a true love of the leaf (and stem). Visitors come from near and far to savour the ultimate in Japanese tea drinking, and the proprietor and his staff are evangelical about the possibilities of this traditional Japanese tea, making this both an sensory and an educational destination. We wish him good luck on his quest to bring great tea to the masses.

Related articles can be found here:  The Makers