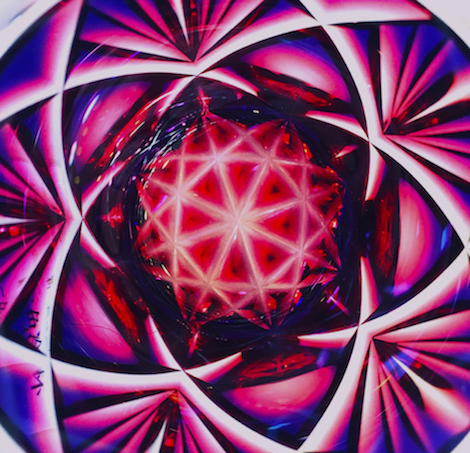 On our recent trip to Kogoshima Prefecture in southern Japan we visited an incredible glass-making factory, where glass is mouth blown in two layers or more layers, before being expertly and painstakingly hand-cut and polished to blend colours in elaborate and uniquely graduated patterns. 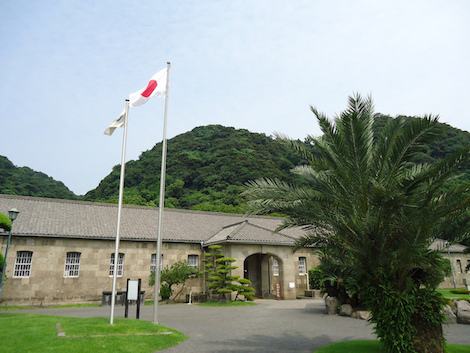 'Kiriko Bokashi' refers to the method of blending and cutting coloured and clear glass a type of glass production started in Satsuma (now Kagoshima) in the 1850s under the auspices of Nariokira Shimazu, then daimyō of the Satsuma clan. Sadly production petered out shortly after his death in 1860 following damage to the workshops during the Anglo-Satsuma War, and the disruptions of the Satsuma rebellion; however production was resurrected in 1985 following historical research and investment from the Shimadzu Corporation culminating with the formation of the Satsuma glass crafts Company. Housed within the Shôkoshûseikan complex (a World Heritage Site recognised for its role in the Meiji industrial revolution) Satsuma kiriko is now recognised as a traditional artifact of Kagoshima. 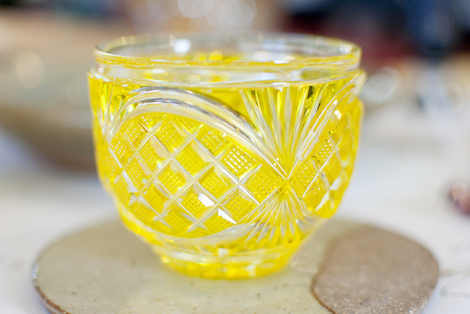 The Satsuma style of cut glass is gloriously three-dimensional, and relies on very high levels of skill in both the mouth-blowing and layering of the moulten glass and the careful cutting stage.

There is a Tokyo-based version of the Kiriko glass, resulting from the dispersal of the original craftspeople away from Kagoshima. This style does not feature such gradations of colour (produced by the careful cutting away of coloured glass) as can be found in Satsuma Kiriko. 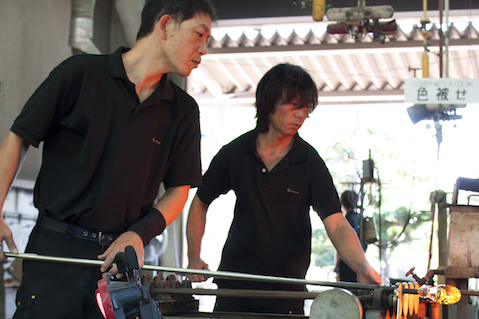 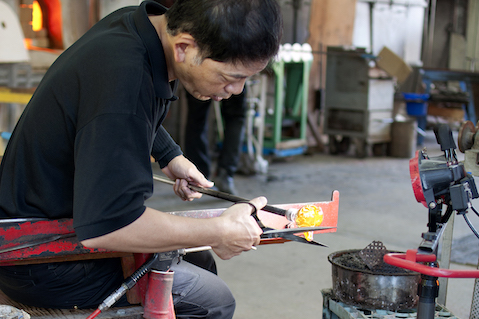 In an airy open-sided workshop glass blowers are continuously moving from furnace to trimming and blowing stations in a spontaneous but beautifully choreographed dance, the blowpipes passed between differently skilled craftsmen just the slightest gesture (voices being lost amidst the roar of the furnace), proof of many hours of practised production. The initial layer is roughly blown before a second or third colour is added, and the whole then shaped to its finished form. 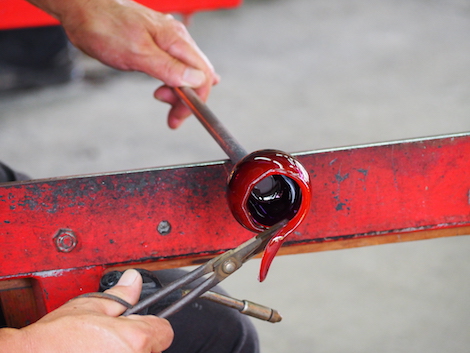 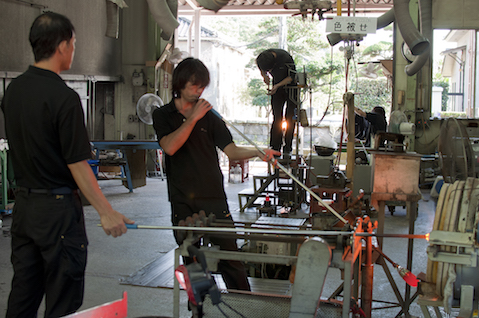 Once cooled, the glasses are taken next door to the cutting room, where each piece undergoes a series of stages, first being carefully marked out, before undergoing a series of increasing finer and more delicate cuts to ensure the finished pattern is of a high standard. 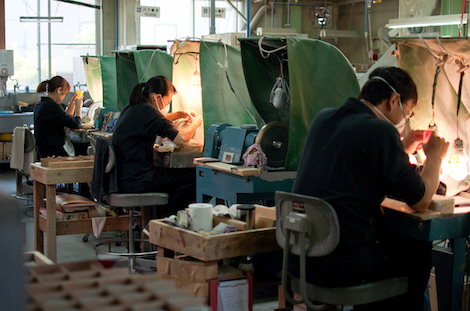 Using light and a grinding wheel, a delicate pattern is gradually carved into the outside of the glassware, before finally the glasses are polished, gently smoothing the edges of the cuts, and bringing the abraded surfaces back to a high gloss transparent finish 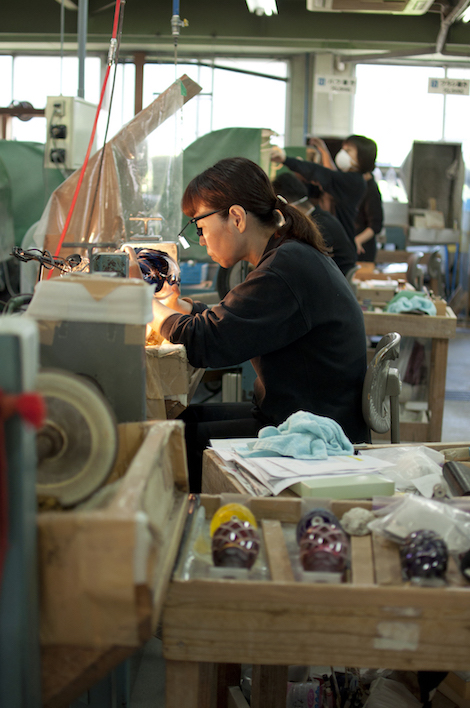 The traditional bowl below is decorated with the shape of a bat, animal and symbol of the Shimazu family. 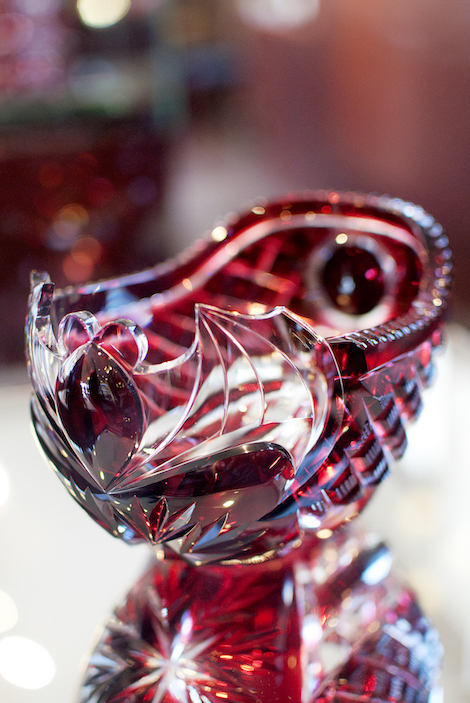