Cycling to work
An ode to the Moulton bicycles,
and Britain's industrial heritage 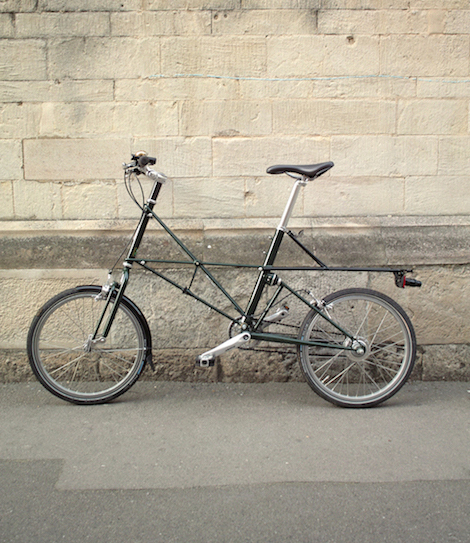 We know the Moulton isn't everybody's cup of tea, that some have a distaste for small wheels, some take against the space frame, others most likely dislike anything that breaches convention, or harbour suspicions of a 'look at me' desire to stand out from the crowd. We, however, love the OoU bike because it is quite simply the most comfortable, nimble, yet reliable bike we've ever had the pleasure to ride, and as it covers in the region of a hundred miles every week, through rain, sun, wind, hail, fog, frost, and very occasionally snow, comfort and reliability are an absolute must. A slightly modified TSR8 the OoU bike is essentially set up as a hybrid-tourer, with a large rear rack and a generous (and well used) carrying capacity, it's not really built for speed more for carting twenty kilo packs up the long not so steady hill home, but is certainly no slouch either, and it would be nice to strip it down one day (perhaps once the web-rebuild is complete) and test its mettle with a lighter load. 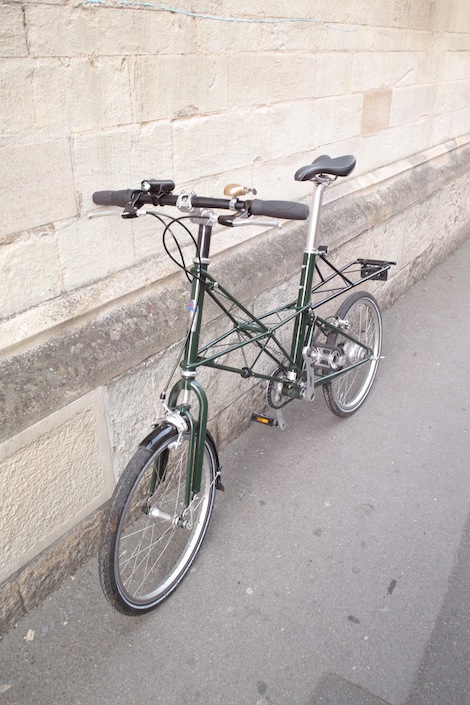 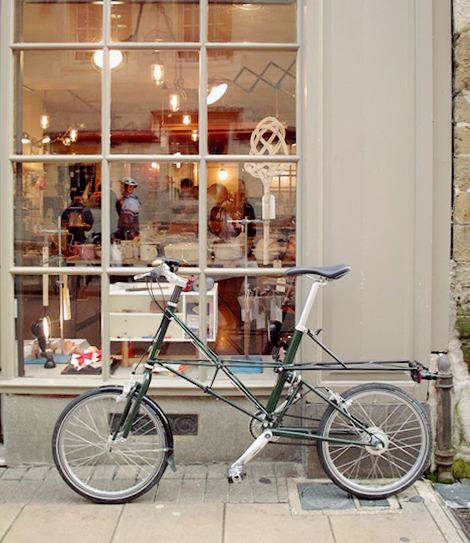 Moulton bikes have their origins in the design of the iconic Austin/Morris Mini, or more precisely its ground breaking and space saving rubber-cone suspension, a system developed and realised by Dr Alex Moulton, wartime aeronautics engineer, and peacetime rubber specialist. It seems whilst working on the Mini, and inspired by energy fears arising from the Suez Crisis Dr Moulton began to dream of a small wheeled suspension bicycle which combined convenience, comfort, practicality, and performance. He imagined it as a bike for the people, easy to ride, easy to store, with a low slung step through frame equally at home as a shopper or randonneur.

So in 1962 the original Moulton 'F FRAME' was launched as the World's first fully suspended production bicycle - a feature which allowed the use of high pressure tyres upon small wheels debunking the existing truism that small wheeled bikes give a poor ride, or else being fitted with soft balloon tyres are exhausting to peddle over any but the shortest of distances. 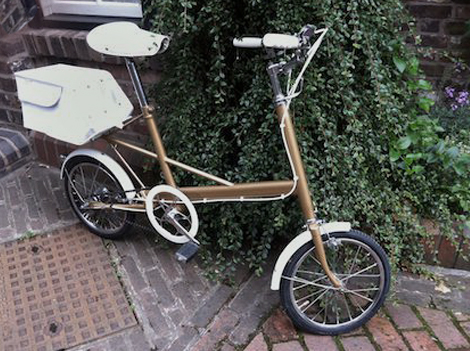 The wise amongst you might recognise the above as a Moulton Midi, a late Raleigh built 7/8th sized and much derided model (lacking front suspension and built against the advice of Dr Moulton) it does however retain the form of the original F FRAME and the rear hydrolastic suspension - a curiously flawed yet beautiful bike, this particular example having been bought for the princely sum of ten pounds and restored in a dozen or so hours to its former gleaming glory.

It does however encapsulate the the story of Dr Moulton's original bicycle company, a tale of boom and near bust, of buyouts by giants, and a design corrupted for the sake of mammon, until by the mid '70s all production had ceased. This proved a boon as at this point Dr Moulton was able to buy back the patents he'd been forced to sell to Raleigh in 1967, and slowly began work refining the design working towards a light stiff framed hydrolastic suspension bike, the eventual result being the space framed AM series finally launched in 1983.

The TSR is the direct descendent of these bikes, built on simplified Moulton jigs, by especially trained fabricators at Pashley's Stratford-Upon-Avon factory. They aren't cheap, the cost of highly skilled British labour never is, but the economics are undeniable, no matter the alternative means of commuting the bike costs are covered in a little over 6 months, everything after that being a gain; but more than that we know how long the journey takes time after time after time and never again will we be left shivering in the cold for a bus that never arrives.

Here is a lovely film of Britain's bicycle heritage.