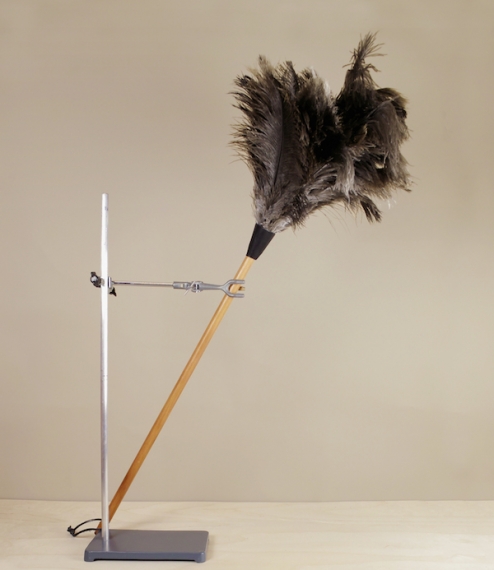 An ostrich feather duster with dark feathers, a dark varnished softwood handle, a black leather cuff and hanging band, a larger head, and total length of about 90cm. Made in South Africa for a small and long established family owned and run brushworks in North Rhein-Westfalia. Genuine ostrich dusters are considered better than cheaper synthetic alternatives as they generate less static, and are often used commercially where the creation of an electrical charge could be catastrophic. Domestically it just means dust is less likely to be immediately re-attracted to the thing just cleaned. 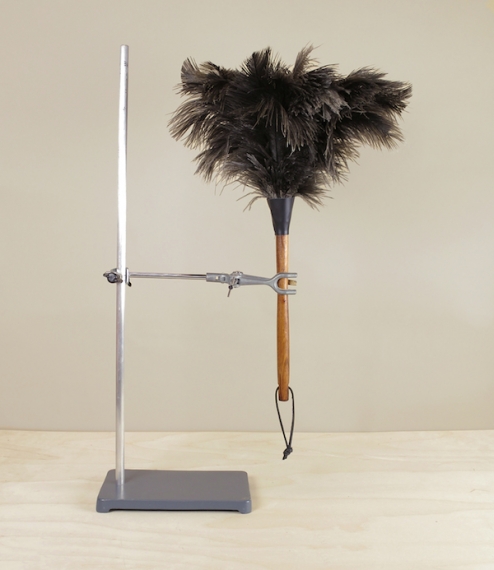 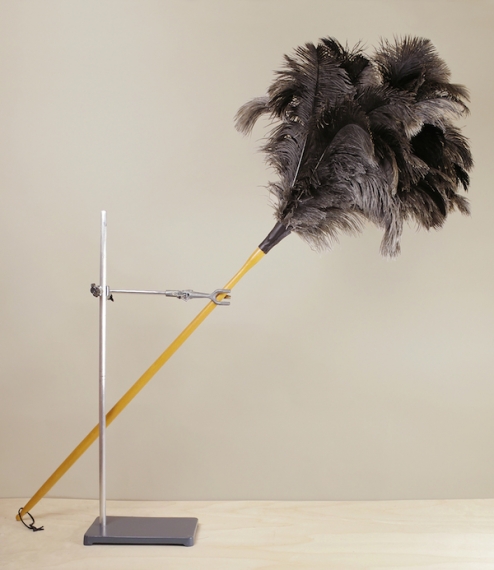 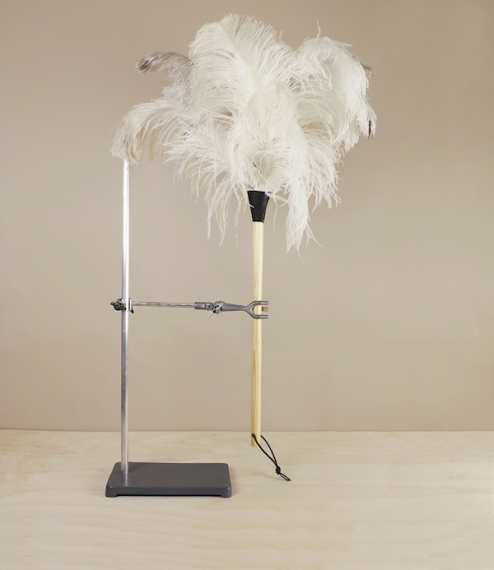