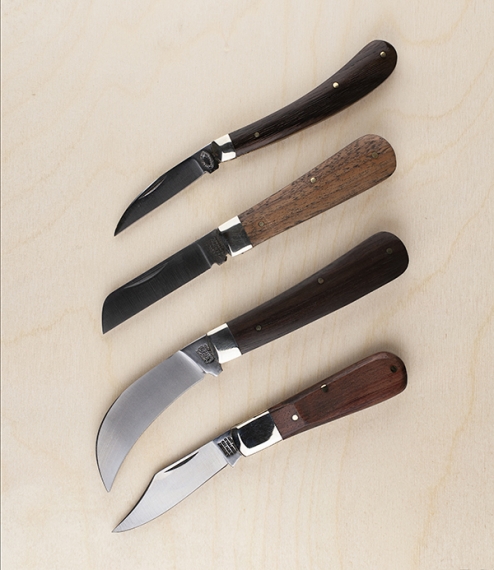 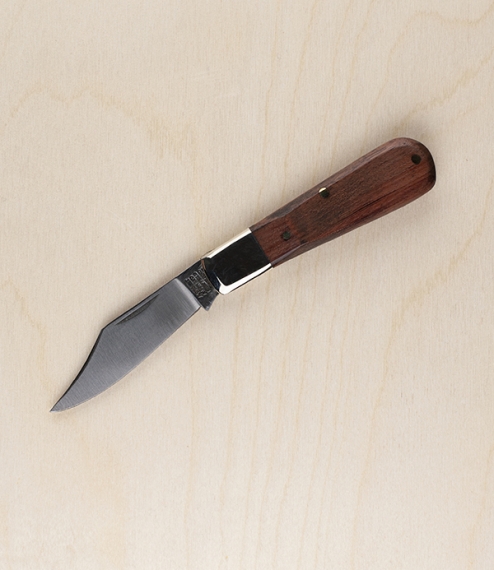 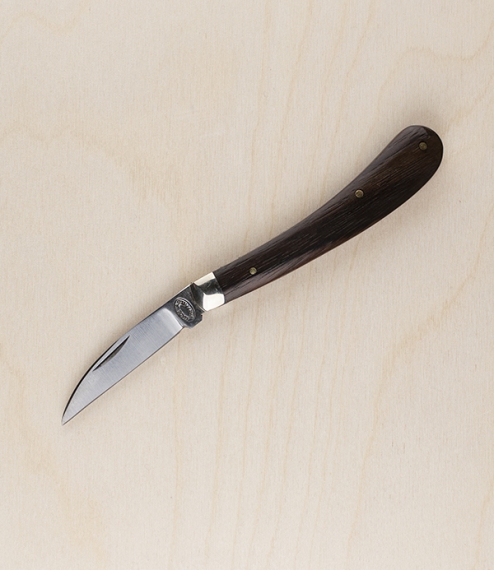 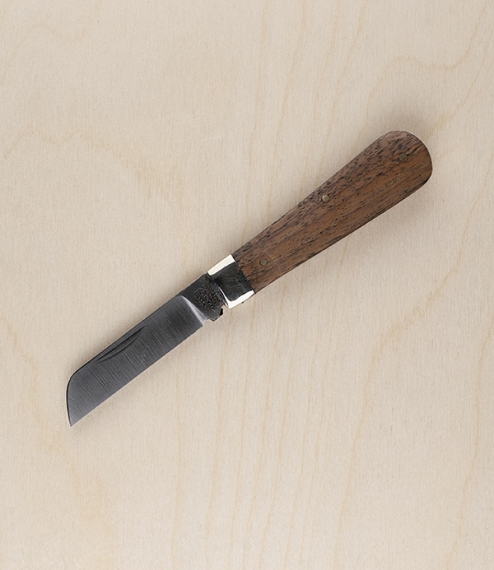 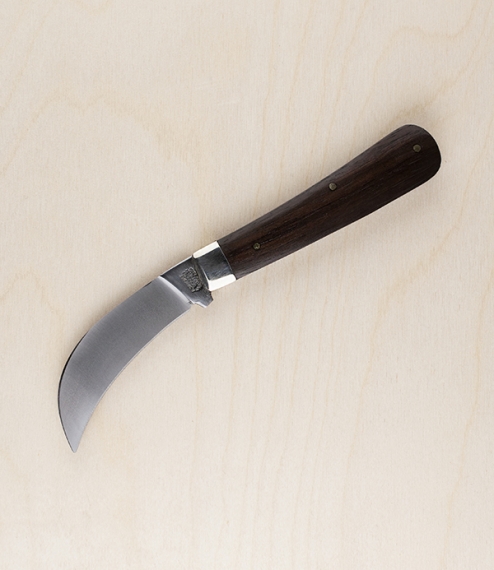 A choice of four classic pocket knives all hand made by apprentice trained cutlers in the workshops of Arthur Wright & Sons of Sheffield, who since 1947 have sought to maintain and revive the traditional skills and knife patterns associated with this noble city. All the knives have carbon steel blades, brass linings, and polished walnut scales to the handle. The options are (top to bottom in the main image):
Ettrick pattern - a pruning and utility knife. A sort of lazy serpentine field knife thought to originate amongst the shepherds of the Scottish Borders and fitted with an oversize bulbous reverse curved handle and a relatively short strait edged blade. To be used either towards (likely originally for the trimming of ovine hoofs, but typically for pruning) or away from the thumb.
Farmer’s sheepfoot - a tough utility knife with a straight edged blade, somewhat similar to a lambfoot, but as its name might suggest with a deeper stronger blade and which evolved as a hardwearing general purpose field knife.
Pruning knife - with a 4 inch curved blade and lightly curved handle for a comfortable reverse grip allowing the blade to be used against the thumb for the precise pruning of tough stringy green stems.
Barlow knife - a pattern believed to have developed in seventeenth century Sheffield as an affordable but strong outdoors-mans pocket knife, and typified by a long bolster, tapering rounded handle, and clip ended blade.

By electing to purchase this item you are confirming that you are over the age of 18, and that we may if in any doubt contact you prior to dispatch in order to verify this. 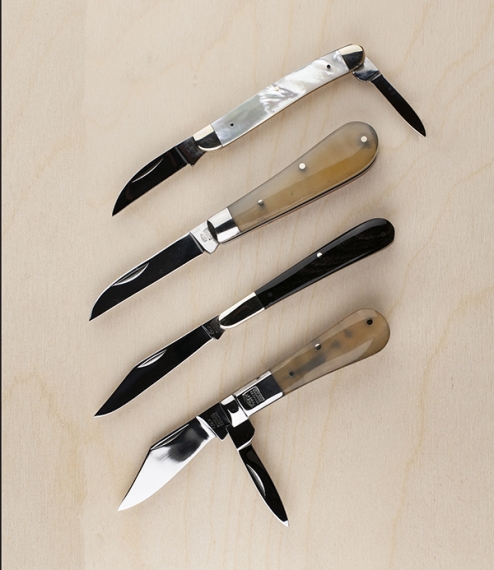 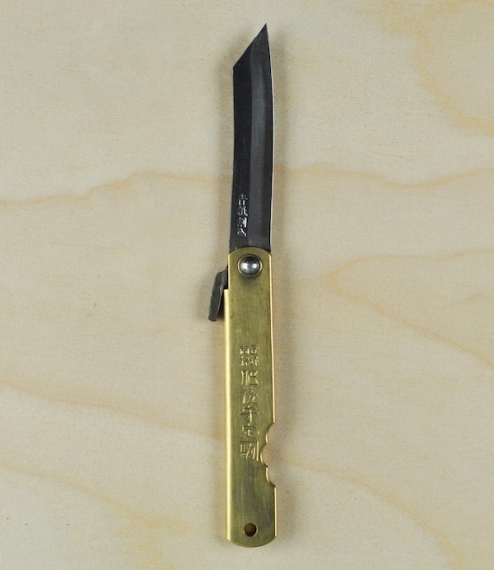